The campaign was aimed at raising funds to financially assist children with heart problems who seek treatment at IJN.

With regard to this event, IJN sent a cycling contingent consisting of 35 cyclists. The started their journey from IJN at 6.15am and cycled on to Jalan Tun Razak to enter MEX highway, targeting to reach their Putrajaya main point at 8.00am. The contingent took 50 minutes travelling along MEX with an average of 25-28km per hour. The contingent was escorted by 2 escort cars and the MEX Ronda Team.

The contingent made a pit-stop at the Putrajaya Toll Plaza for a short break before heading out for the finish in Putrajaya. While they were having the break, MEX staff were also present at the toll lanes to give them moral support for their noble activity. 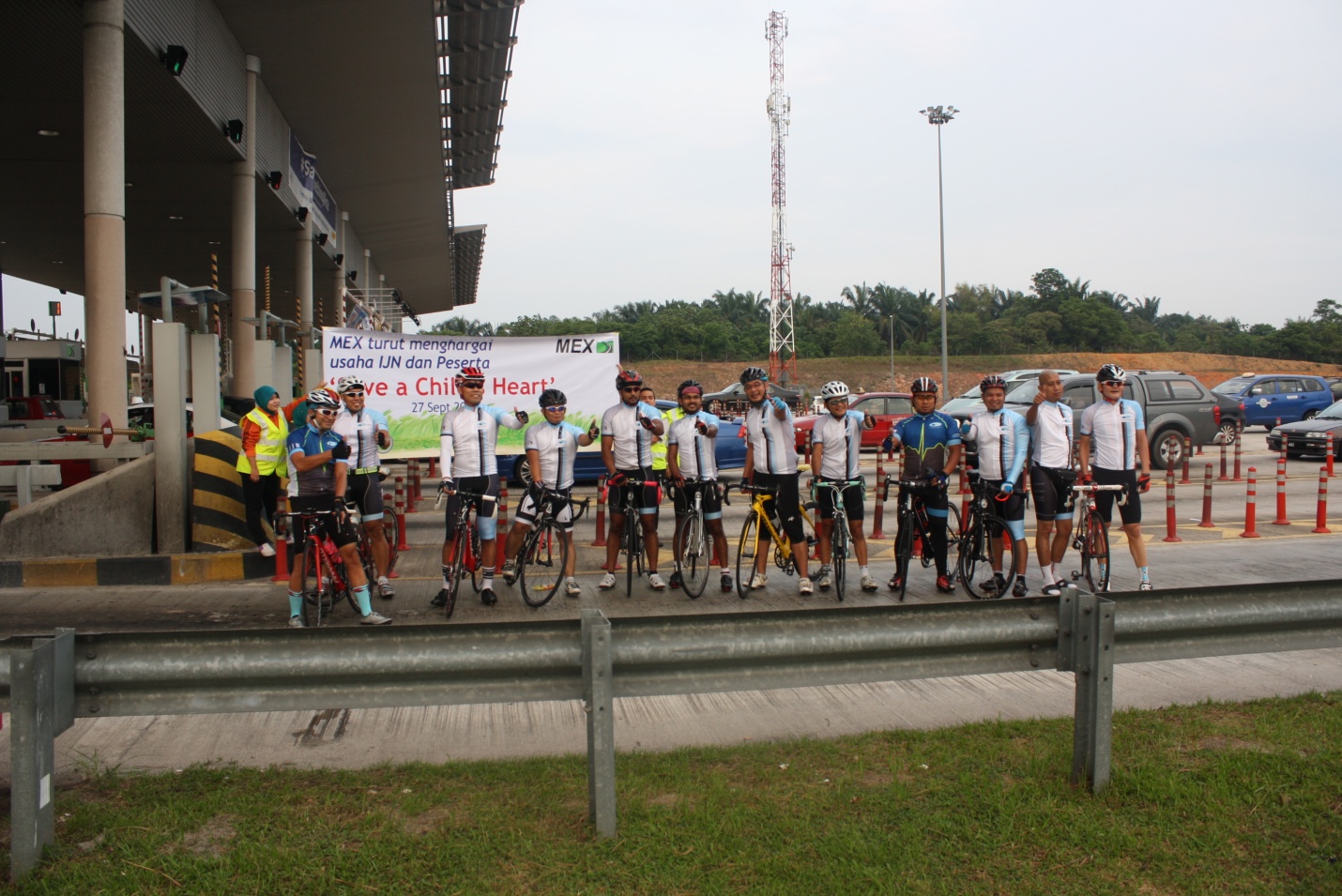